2015 NFL Season Preview: What You Need to Know 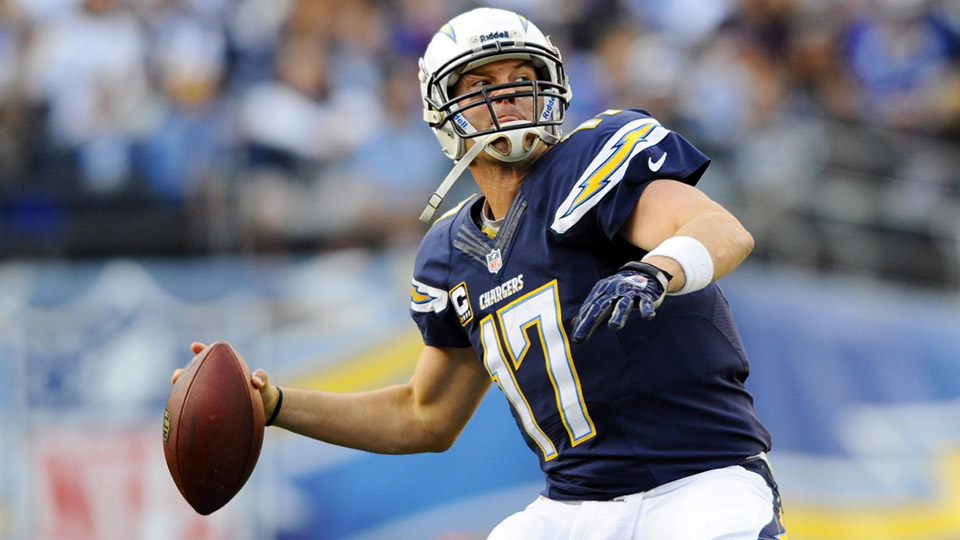 We’re closing in on the end of summer, and that means football season is almost here. Tailgating, Sunday barbecues with family and friends, and throwing around the old pigskin. In honor of the upcoming football season, we’re doing a team-by-team breakdown of all 32 NFL clubs.

We have to admit that as a San Diego-based company, we’re a little partial to the Chargers.

So, let’s start with the AFC West Division.

There is one, large ominous cloud hanging over the Chargers camp. It is now almost certain that the team will move to a new city for the following season. While many of the fans are savoring their final year at Qualcomm Stadium, hopes are high for rookie running back Melvin Gordon out of Wisconsin.

Many fans are wondering if this is the last season for their starting quarterback. Peyton Manning and the Broncos have come up disappointingly short the last few seasons, with early exits in the playoffs. Thankfully for the Broncos, their defense looks in top form.

Yet another team with “moving” issues. The Raiders may find themselves in another city in a year’s time, but with new coach Jack Del Rio at the helm, he may be able to work some magic with a young team, much like his previous stint at Jacksonville. Oakland has the talent if the team can mesh together.

All eyes are on rookie quarterback Marcus Mariota out of Oregon. The Titans have struggled in recent years, and hopes rest on their new, young acquisitions. They may be hard pressed to win with a schedule that features games against the Saints, Patriots, and division rivals in the Colts.

Although the Jags have had a rough stretch, this could be their year to finally make it out of the cellar. Quarterback Blake Bortles is starting for his second year, and coach Gus Bradley is in a must-win situation if he wants to keep his job.

Favorites to win the division, the Colts have to take advantage of a weaker schedule. With a stellar offensive lineup, Andrew Luck, T.Y. Hilton, Andre Johnson, and Frank Gore will be sure to light up the scoreboard. The Colt’s defense is set make a large improvement over last year.

It’s hard to say where the Texans will end up. Star running back Arian Foster is expected to miss the first half of the season due to injury, and starting quarterback Brian Hoyer has been hard to judge on how well he’ll perform. The defense however, is expected to shine. Jadeveon Clowney and J.J. Watt lead the defensive effort, and may have to score a defensive touchdown every now and then to keep the team ahead.

The league’s toughest schedule. The defense is in transition, losing several veterans, including future Hall of Famer Troy Polamalu and their defensive coordinator Dick LeBeau. Not to mention their star running back Le’Veon Bell missing the first two games of the season due to suspension. It’s safe to say the Steelers have their work cut out for them.

The Ravens have seen their fair share of offensive troubles, mainly stemming from offensive coordinators. The recently fired head coach of the Chicago Bears, Marc Trestman, is on as the new offensive coordinator (and the fourth in four seasons). Hopefully his offensive knowledge can bring QB Joe Flacco some help.

While the Bengals look to have a solid team on both sides of the ball, questions remain whether they can compete with the top teams in the NFL, and with a schedule that features a trip through the entire NFC West, the toughest division in the NFL, their talents will truly be put to the test.

An absolutely brutal schedule ahead of the Browns. While the opening month of the season has potential for wins, the Browns are stacked up against above .500 teams for most of the season. The quarterback situation is less clear. Josh McCown is the starter for now, but Johnny Manziel could see playing time later in the season.

Controversy has surrounded the team since last season, but Tom Brady has returned to the roster. With the rest of the AFC East improving, the Patriots may be in trouble to maintain their dominance over the division.

Pay your debts, and don’t throw punches. The Jets preseason has been marred by the loss of Geno Smith for 6-10 weeks, but not all hope is lost. New head coach Todd Bowles is set to create a much more cohesive team, with an improved defense and a great core of talent.

The Dolphins have a great schedule to take advantage of. With few contenders from last year to face until later in the season, the Dolphins have a chance to make it to the playoffs. The addition of Ndamukong Suh to the defense should provide a stronger defensive line, as well.

It’s open season for all of the AFC East teams, and the Bills are looking to capitalize. They nearly made the playoffs last year, and LeSean McCoy and Percy Harvin can help lead the offense to an explosive attack. The defense remains a force to be reckoned with.

In easily the toughest division in the NFL, the Seahawks have their work cut out for them. Thankfully, they have their core of offensive and defensive players coming back. The trick is making the most out of key games in their schedule, especially against the Packers in the second week. Surviving division games is a must.

Yet another team on the chopping block to move to another city, they have a lot to prove. A stellar defense and rising offense look to shake things up in the NFC West. New QB Nick Foles could bring an offensive spark, and possibly upset the Seahawks and Steelers.

The good news for the Cardinals is that they are finally healthy. QB Carson Palmer is ready to get the offense on the right track, with weapons like WR Larry Fitzgerald running back Andre Ellington. The defense may be in question with the loss of defensive coordinator Todd Bowles.

The Harbaugh-less era begins. New head coach Jim Tomsula has inherited a team falling apart. He has a long road ahead to bring the 49ers back into contention, and several key players have been lost to retirement. The offense struggled last year to make any real progress, and there have been rumors that Colin Kaepernick could be benched if improvement don’t come soon.

With the addition of C.J. Spiller from the Bills, the Saints look to have a much improved run game to compliment QB Drew Brees. The defense has yet to be tested, but with an easier schedule than most, the Saints look poised to get to the playoffs.

The drafting of Jameis Winston as the new QB are expected to bring several improvements to the team. However, it won’t solve all of their problems. The Bucs are rebuilding from the ground-up. And with a tough schedule, Winston would have to pull off a few miracles to keep the Bucs in contention.

The Falcons are also in a tough spot for this season. Their new head coach Dan Quinn is looking to boost their defensive power, but it may take some time, especially starting from scratch. QB Matt Ryan had a rough season last year, and is expected to bounce back. If not, he could be seeing the bench.

With a relatively easy schedule, a healthy team, and easy division, the Panthers are front-runners to win the division, with only the Saints expected to contend. The NFC South is often considered the weakest division in the NFL, and the Panthers look to capitalize on their neighbor’s short-comings.

Ownership cleaned house, and this was probably for the best. A new head coach in John Fox and new offensive and defensive coordinators will hopefully bring in new life to the team. A completely different defense, with some changes on offense could be exactly what’s needed for this team to click. Or it could be rough for awhile. Jay Cutler will need to perform well.

Expected to be in the hunt for the NFC and Super Bowl titles, the Pack is looking for revenge from last year’s loss to the Seahawks in the NFC Championship game against the Seahawks in week 2. With plenty of weapons on offense and defense, the Pack could go far. Aaron Rodgers is a pre-season favorite for the MVP.

With a rough schedule for the first half of the season, the Lions defense will be put to the test. As always, the Lions offense is a force to be reckoned with. QB Matt Stafford and WR Calvin Johnson will be lighting up the endzone, and everyone’s fantasy teams.

Much like the Lions, the Vikings schedule gets easier after week 5. QB Teddy Bridgewater and RB Adrian Peterson are hungry to improve from last season, and with an improved defense, the Vikings look to compete, but it will be hard to overcome the Pack and Lions.

With several personnel losses due to trades and suspension, this could be a rough year for the Boys. The biggest loss comes in the form of elite running back DeMarco Murray traded to the Eagles, and with a schedule that features several elite defenses, Tony Romo has his hands full.

Washington is looking to improve several aspects of its game. With new coaches for the defense and offensive line, some help may finally be on the way for the team. This season could be RGIII’s last chance to show what he can do, and with a rough start to the schedule, it will be a tough test.

With  both sides of the ball looking completely different, the Eagles success depends upon its new players. DeMarco Murray and Sam Bradford will need to perform, and the new defense has to click. Lucky for the Eagles, the rest of the NFC East is in just as much upheaval, if not more.

Giants
The Giants have a great passing game. Maybe the best, but that doesn’t matter if nothing else works. If their players could stop playing with fireworks, the defense might have a better chance at stopping the run. RB Rashad Jennings needs to be utilized more often.

How to Download Your Bank of America Bank Statement

Step 1: Choose “banking” then enter your username and click “continue” ...